Success is a Byproduct of Preparation and Execution

Editor’s Note: Every now and then, you run across someone with true, unadulterated passion for sales. Robert Terson is certainly one of those people. I enjoy reading his site SellingFearlessly.com, and am excited that he’s written a post especially for us here at The Sales Leader Blog. Here it is.

Coach Paul “Bear” Bryant said, “It’s not the will to win that matters—everyone has that.  It’s the will to prepare [my emphasis] to win that matters.” I often fantasize how I would perform in other professions. As a college basketball coach, for example, what I’d say to my team before the first practice, so they’d fully comprehend my philosophy towards winning and losing juxtaposed to preparation and execution. A team should know what their coach expects of them.

My players are seated in a semicircle at the side of the court as I address them.  This is the most crucial moment of the season, because if they don’t “get it,” they’ll never be successful. “Anyone here like to lose?” A few snickers but no one responds, because, after all, it’s a rhetorical question—no one likes to lose. “Okay, let me ask you this: What do you think is more important, winning or losing, or how well you prepare and execute?” Silence. My eyes bore into them; I wait for someone to take a risk and speak out.  Finally, one cautiously raises his hand, says, “Vince Lombardi said, ‘Winning isn’t everything, it’s the only thing’.” As it turns out, the young man didn’t take much of a risk: he didn’t say it, Vince Lombardi did, and who’s going to argue with the great Vince Lombardi?  He doesn’t realize it but he’s invoked third-party affirmation, which is a powerful tool when handling objections. “Do you all agree?” Nodding of heads, a few mumbled, “Yeah”s, and then more silence. I don’t know if it would go that way, but it’s my imagination so….

“I want you all to listen carefully; I’m about to tell you the most important thing you’ll ever need to know about winning basketball games, or, for that matter, anything else in life.  Yeah, we’re here to win; winning is important.  Winning is like a succulent strawberry in season; losing is an agonizing trip to hell in a hand basket.  If we don’t win, I’ll be vilified in the press right up to the point they hang me in effigy and fire me.  You’ll be vilified in the press and become the loneliest outcasts on campus, and we’ll all rationalize our debacle for the rest of our laughingstock lives. “Now, that said, I’ll tell you that I don’t give a damn about winning or losing.  I simply want you to prepare to the Nth degree and then, when it’s time to play, execute close to perfection as you possibly can. “If given a choice between winning while playing a sloppy, poorly executed game, or losing while executing to perfection, I’ll take the latter any day of the week, because winning is simply a byproduct of preparation and execution.  You win by preparation and execution; you lose by being cavalier towards preparation and execution.  Just ask Michael Jordan what he thinks of Allen Iverson’s rant about practice.  Or Larry Bird, who always showed up early to shoot at least two hours of practice shots. “If you fully prepare, as though your lives depended upon it, and leave everything you’ve got on that court, in a way we both can be proud of, I’ll never utter a critical word because we lost the game—I don’t care if it’s the NCAA National Championship Game. “Do I make myself clear?”

What You Must Do

You must prepare to the utmost degree just like the athlete.  You must know your presentation like your ABCs.  You must know every objection and have a rebuttal for each one, a rebuttal you’ll confidently execute to neutralize the objection.  Anything less and I promise you—you’ll fail.  I trained many a salesperson, and rarely did one succeed who didn’t fully prepare before going into the field.  Executing effectively when you’re ill prepared is like trying to speak Swahili in Russia—you’ll look like a fool. Memorize this: Success is a byproduct of preparation and execution.  Emulate Larry Bird’s work ethic and you, too, will be a champion. 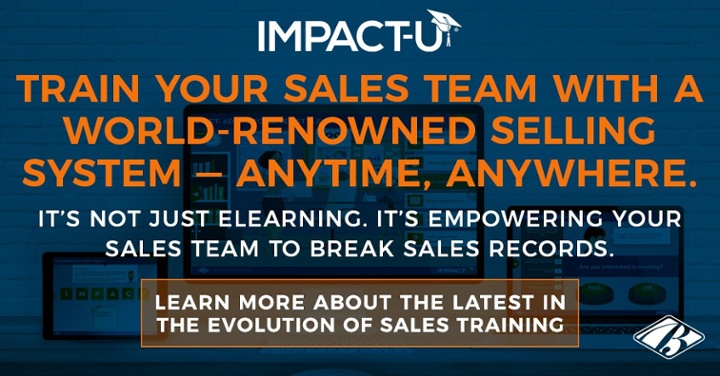 Sales negotiation is a critical skill for any sales professional. Whether you're negotiating with a potential customer...

END_OF_DOCUMENT_TOKEN_TO_BE_REPLACED Most salespeople would agree; the types of customer conversations many are having right now are difficult for a...

END_OF_DOCUMENT_TOKEN_TO_BE_REPLACED It doesn’t make any sense. Your customer likes you, you’ve done business together in the past, and nothing new was...